– over 11 years of experience with solar energy.

Since it’s establishment in 2010, Nordic Solar has focused on sustainable energy combined with disirable returns. Nordic Solar has come a long way and has now made transactions of over DKK 4 billion in 10 different European countries. We are today amongst the 50 largest portfolios in Europe and the ambitions remain great.

Get to know us better

The history of Nordic Solar

How one project and a small number of investors had foresight and saw the possibilities in solar energy.

Nordic Solar started with a single solar project, which our founder Nikolaj Holtet Hoff had been made aware of. Because Nikolaj had several years of experience in valuing companies, he therefore naturally made a valuation of this solar project.

It turned out to be extremely interesting with a desirable return, where the biggest risk was the public subsidy. Nikolaj therefore chose to pursue the project, both because it was financially interesting, and because he had a great interest in the green transition, especially solar energy.

Nikolaj Holtet Hoff: »I looked at the project and thought the sun was really interesting. After all, we were not, at the time, sure the world would open their eyes to the green energy, especially solar energy. It was a difficult agenda back then, when wind energy was more dominant. I thought it was an exciting challenge that we could profitably invest in other forms of green energy, such as solar energy.«

Nordic Solar was founded in 2010 with the help of a small group of investors, amongst others with the current Deputy Chairman of the Board Marinus Boogert. It was difficult to raise money at first, but during the first few years, we closed more and more projects, that turned out to be good and healthy investments. From here have gained more committed investors and skilled employees who share the values behind Nordic Solar and the belief in solar energy as a good cause and attractive investment.

Nikolaj Holtet Hoff: »The mission for us both then and now is to create a people’s share – where a lot more people get a real opportunity to buy a stock and invest their money in solar energy in the future.«

Creating a people’s stock is not something you can do overnight or in the establishment phase of a company, but it is something that Nordic Solar is in the process of contruction, and something that is being worked towards consistently and purposefully

»The mission for us, both then and now, is to create a people’s share – so that a lot more people get a real opportunity to buy a stock and invest their money in solar energy in the future.«

If you wish to become an investor

With Nordic Solar, you can invest in 2 different companies with 2 different risk and return profiles.

Invests in completed solar parks throughout Europe, with an expected annual return of 6-8%.

The Board of Directors’ task is to be a sparring partner for the management and to ensure the implementation of the company’s investment policy. As the shareholders’ representatives, the Board ensures that all investment decisions follow the investment policy. 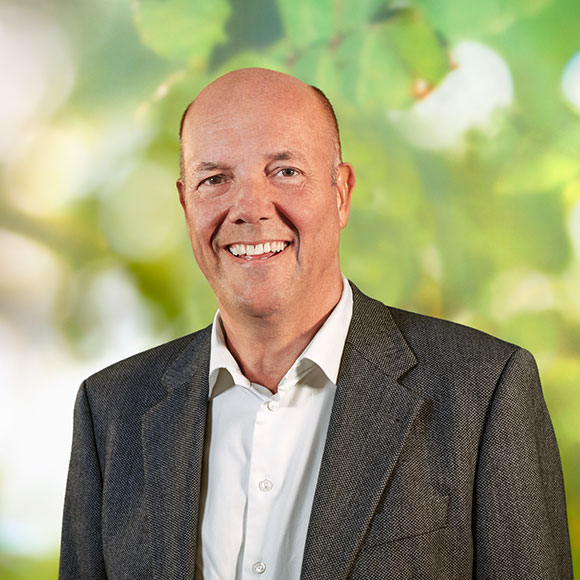 Christian SagildChairman of the Board of Directors
Christian has a solid financial background with an education as Actuary from the University of Copenhagen and has had a long career within the insurance and pension industry. He was employed by Topdanmark 1996-2018 and from 1998 he was the Managing Director of Topdanmark Livsforsikring. From 2009-2018 Christian was the CEO of Topdanmark.

Christian now focuses on board positions and have until 2021 been a board member of Danske Bank A/S.

Today Christian is a board member of Royal Unibrew A/S and Ambu A/S, as well as chairman of the board of Penneo and Nordic Solar A/S. 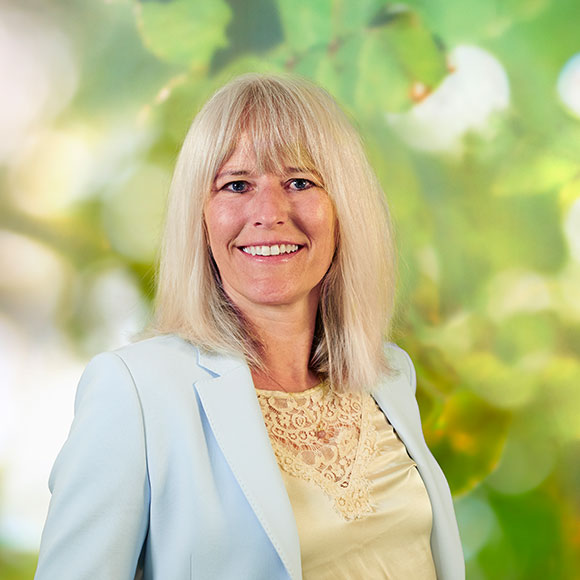 In addition to being the founder of the Solar Energy Committee of the Byggesociet and lawyer for companies in solar cell industry, Iben is also the founder of Winsløw lawfirm with expertise in real estate, commercial leasing and property development.

Iben is an investor in Nordic Solar A/S. 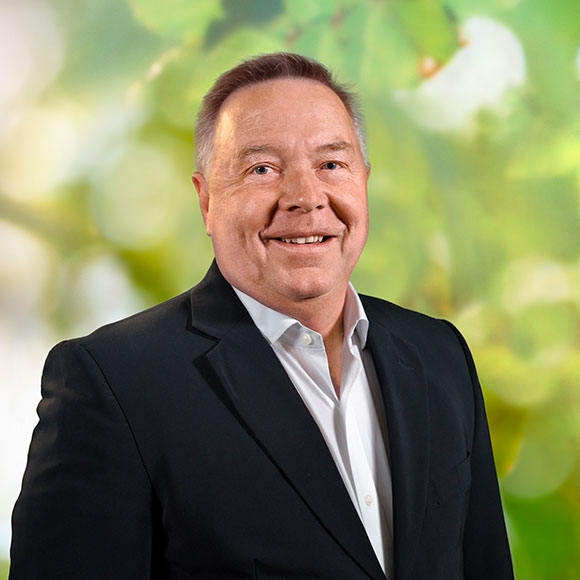 Frank Schyberg Board member
Frank is certified in business insurance from the Academy of Insurance (FOAK level 5, HD) and educated in the banking industry. Frank is the CEO and co-owner of IQ Energy Nordic. IQ Energy Nordic delivers energy-saving solutions to companies throughout the Nordic region.

Frank has worked in the recruitment industry, including as CEO of the Danish Career Institute, as director and senior partner in Signium International, and as Nordic Managing Director for Stepstone.

Frank was previously employed in the financial sector in various management positions and has been a board member, including chairman of the board in several Danish organisations and companies.

Today Frank is a board member of Nordic Solar A/S and he is a member of the VL-group 10 in The Danish Management Society (VL).

Frank is an investor in Nordic Solar A/S. 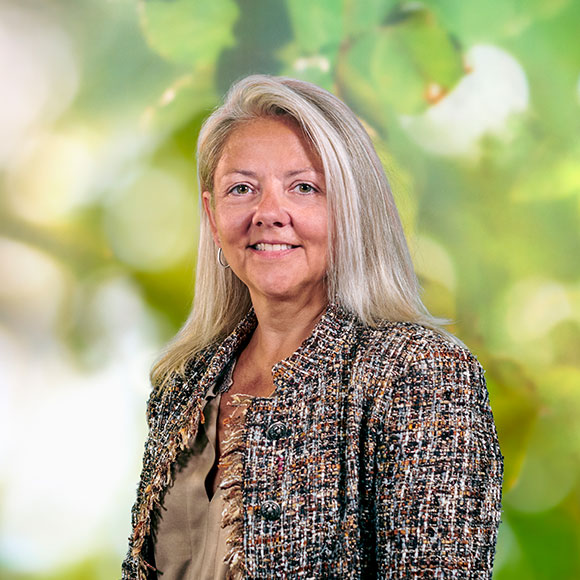 Vibeke Bak SolokBoard member
Vibeke Bak Solok has a solid financial and risk management background. She is a state-authorized public accountant and has spent 18 years at PwC in both Denmark and Germany, including as audit partner from 2006 to 2013.

Vibeke has been a board member of several Danish companies, as well as companies in India and Norway during her time with Danske Bank. From 2018 to 2021 Vibeke was a board member of Co-Ro, a Danish beverage company with global sales, and was amongst other things a part of the establishment of an audit committee.

Vibeke has, since 2021, been a part of the board of directors at November First A/S, a Danish fintech company. 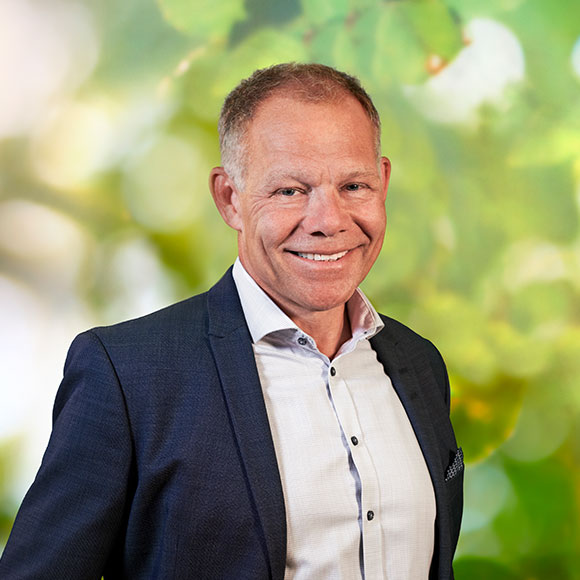 Christian Dulong Hoff Board member
Christian Dulong Hoff has a master’s degree in political science from the University of Copenhagen and has had a long career in Danish and Norwegian business within energy and retail. Partly as CEO of 7-Eleven Denmark and in YX Energi Denmark and Norway, where major investment projects and a complete reorganization of the company was completed.

Today Christian is exclusively focused on investments in long-term assets as well as scale-up companies and board carrers, with chairmanships in Easytranslate A/S, Comadso A/S, Dulong Fine Jewelry A/S as well as a non-executive directorship in the Semler Group. He is the former chairman of Nordic Solar Management A/S.

Christian is an investor in Nordic Solar A/S.

The management cannot make investments without the Board having assessed and approved them. The Board is elected annually at the Annual General Assembly.

Nikolaj Holtet HoffCEO
Nikolaj has more than 20 years of experience with investments as well as managing and operating businesses and has worked for AT Kearney, IC Companys, The Velux Group and SR Private Brands.

Nikolaj is former board member in the Semler Group, Dulong Fine Jewelry, Unidrain, chairman of the board of Nørrebro Brewery, and Ticket to Heaven. 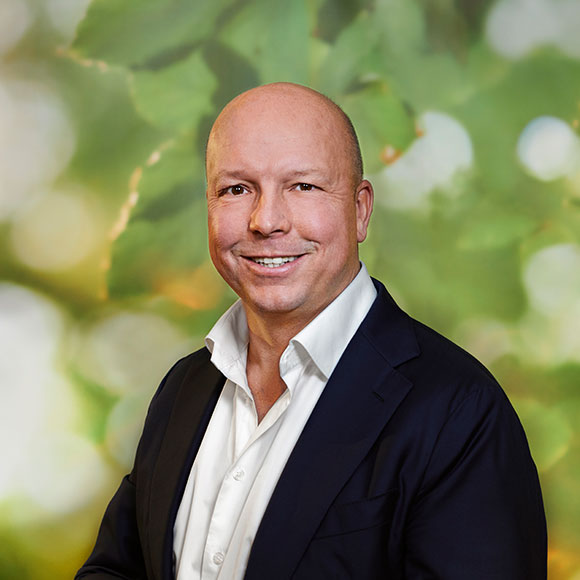 Anders Søgaard-Jensen Sales Director
Anders has more than 30 years of experience in investment, sales and corporate governance. He has a past as a stockbroker in BG Bank and Abn Amro. In addition, Anders has worked for IBM Denmark for many years.

Anders has a degree in market economics and has for the past 9 years been responsible for building Nordic Solar’s customer portfolio, IT infrastructure and communication. He shares the responsibility of the daily operation and management of Nordic Solar A/S.

Anders is an investor in Nordic Solar A/S.

Anders is a former board member of Nordic Solar Management A/S.

Based on a desire to create value and growth for shareholders, Nordic Solar operates the business based on our core values: thoroughness, openness and honesty.

We have an extensive network of more than 200 contacts in the solar energy market, built up over many years, so every year we continuously assess new projects for more than DKK 25 billion. Nordic Solar has a strong network of European banks and manages today loans of approx. DKK 1.7 billion in more than 25 European banks. The investment team also has extensive experience with repatriation, renegotiation and establishment of financing of solar energy projects.

Nordic Solar strives to be a serious and credible partner for customers, suppliers, and employees. Keywords are openness in working methods, honest communication, and respect for the employees’ balance between work and private life.

The team of Nordic Solar consists of many different good people, with a wide range of disciplines, competencies and experience, both nationally and internationally.

Our employees have extensive experience both in the financial field and in sustainable energy.

The team consists of people with their heart in the right place, they complement each other well with very different personalities.

Nordic Solar currently has about 300 megawatts in operation or under construction, as well as a strong development portfolio, that on relatively short term will be able to contribute an additional 500 megawatts.

This means that the ambition to own and operate a production of 1 gigawatts – equivalent to the electricity consumption of about half a million households- by 2025, is within reach.

Nordic Solar A/S has both solar parks in operation and construction
projects throughout Europe. You can see more details below.

See the video greeting from one of our solar parks

Meet six of our investors here

Identifying the sectors to benefit from ESG

As sustainable investing becomes more mainstream, the sustainability winners in coming years could include sustainable food, healthcare, electric vehicles, and [...]

Nordic Solar, a Denmark-based developer and owner of solar plants, announced this week it is combining its two investment arms [...]

Get more knowledge
Go to Top